Temporal dynamics of the transition to sympatry

The transition from allopatry to secondary sympatry following speciation is a central aspect to the buildup of species diversity. Speciation in birds is largely allopatric, in other words it takes place between geographically isolated populations. The ability of two species to co-exist (sympatry) after speciation is predicated on the two new species having diverged sufficiently in some aspect of their biology that allows them to either recognize one another as different species (divergence in signaling traits) or acquire resources differently (divergence in niche), or both. Both the time that it takes for species to come back into sympatry following speciation, and the amount of morphological divergence that is necessary to allow for that transition to sympatry are poorly known. My research aims to answer these questions in the suboscine passerine birds, a diverse group of species with the greatest diversity in the Neotropics. Along with a stellar group of collaborators, I have compiled data on geographic distributions, genetic data, song, plumage, and morphometrics for all suboscine birds. This project can be broadly divided into 1) the timing of the transition to sympatry and 2) the traits that mediate the transition to sympatry.
​
Some results on the timing of the transition to sympatry can be seen in my talk at the 2021 American Ornithological Society conference, below:
Note: includes captions in Spanish.

The Neotropics hold a vast diversity of species for which there have been few or no phylogenetic studies using modern methods. Because of this, studies often reveal hidden diversity or evolutionary histories that are discordant with morphological analyses of relationships. This project focuses on one such group, the antwrens or stipplethroats in the genus Epinecrophylla. This genus has fairly conserved morphology, but there can be up to three sympatric species at a location. This, combined with its convoluted taxonomic history and multiple potential hybrid zones, makes it an interesting system to investigate with phylogenomic methods.
​
In August 2020 I presented a poster at the North American Ornithological Conference (NAOC) on the results of this study. This conference was held virtually, and was free to students. Both of these things helped increase attendance for students (especially in Latin American countries) who might not otherwise be able to travel to a large international conference, and was, I think, a great way to increase accessibility to researchers in these regions. I have included our poster below in the hopes that it reaches even more people. 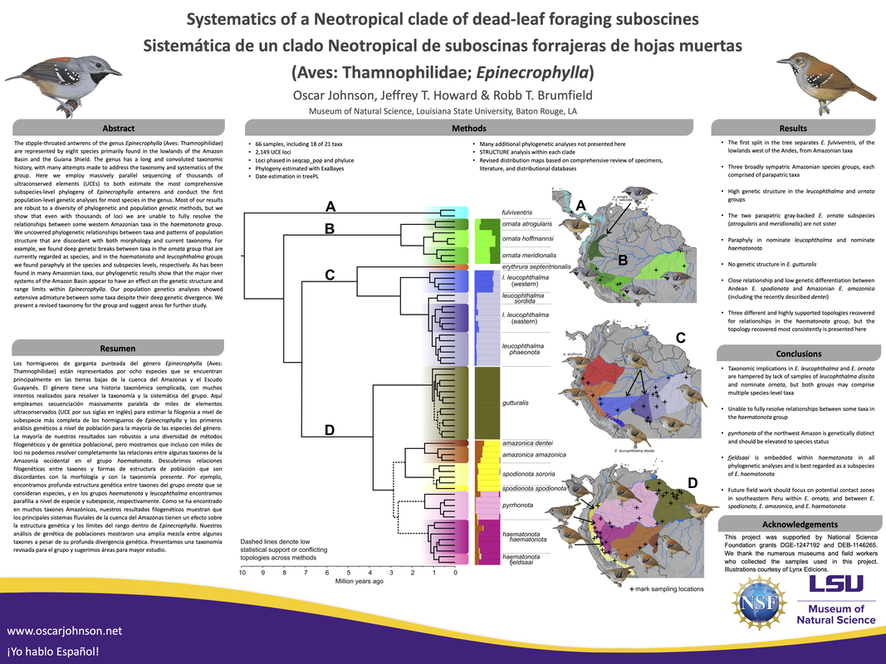 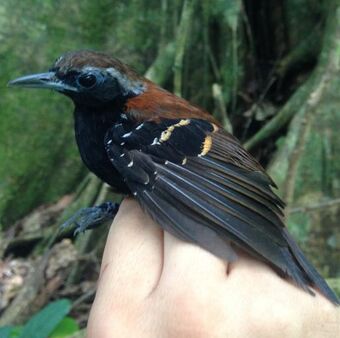 ​In 2016 I had the honor of participating in a project to describe the Cordillera Azul Antbird as a species new to science. Published in 2018, we gave the bird the latin name of Myrmoderus eowilsoni in honor of the Myrmecologist and father of biodiversity, Dr. E. O. Wilson. The species is currently known only from the type locality in the Cordillera Azul of northern Peru, but we hope that additional field work in the area will result in additional known localities for the species. This same mountain range is home to two other bird species described to science in the last 20 years, so hopefully more discoveries await!
​
You can read all about this discovery in the paper linked under the Publications page on this site. Popular press articles are available here and here. An account for this species has now been published (for subscribers) on Cornell's Birds of the World website, here.

Addendum: A recent preprint on bioRxiv titled "Global inequity scientific names and who they honor" has called attention to the use of eponyms for birds in the global South named by and for researchers in the global North. This manuscript used specific reference to Myrmoderus eowilsoni to illustrate this disparity. I feel that this is an important conversation to have and have posted a link to that manuscript here in order to hopefully foster conversation on this topic.

​One of my dissertation chapters was focused on the comparative phylogenetics of river island bird specialist species in the Amazon Basin. This community of birds are restricted to scrub habitats on seasonally flooded islands in the Amazon and Orinoco Rivers and their major tributaries. The map of northern South America at right illustrates the highly linear distribution of this ecosystem. I am interested in how dispersal and high linearity of habitat affect gene flow and population structure in this system.
Undergraduate Research 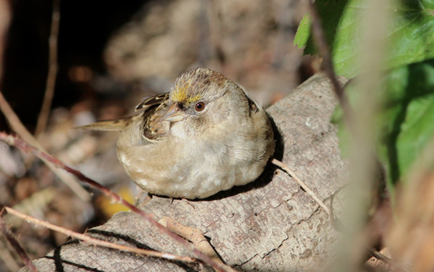 My undergraduate thesis focused on the flocking dynamics and long-term social interactions in the Golden-crowned Sparrow (Zonotrichia atricapilla) in the lab of Dr. Bruce Lyon. Using a wintering population of color banded birds, we were able track individuals and associations between individuals on a small spacial scale. Using these data, and lead by Dr. Diazaburo Shizuka, we were able to show that individuals associate with each other more than expected by chance, and that these associations last across years. More information on this study is available on the Publications page on this site.
Natural History and distributional data

I strongly believe that natural history observations are an extremely important part of ornithological research. These publications often receive ​less attention that bigger and more well-funded research, but typically provide the foundation for much of that work. Additionally, bird distributions, particularly in the tropics, are relatively poorly known, and new discoveries are common. Below I have highlighted some of the recent natural history and fieldwork based publications that I have been involved in. 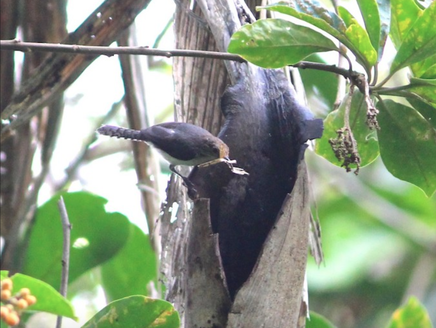 There are two species of arboreal wrens in the genus Odontorchilus and both are relatively poorly known. In 2016, while doing field work in the Cordillera Azul of Peru, I found a pair of Gray-mantled Wrens (Odontorchilus branickii) constructing a nest in the hollowed out base of a fallen palm frond. Upon returning to Baton Rouge and researching this species, I realized that there had been no published description of the nest of this species. While I was not able to access the nest that I observed for detailed observation, I published my observations such as they were, and described the nest in the context of the evolutionary history and nesting behavior related species. Hopefully someone else will be able to find more nests of this species and obtain a more detailed description!

In 2016, the LSUMNS led an ornithological expedition to the right bank of the lower Río Huallaga in the lowlands of northern Peru. This trip followed up on an LSUMNS expedition to the left bank of that river in 2001. Together, these expeditions were the first ornithological research done in the region since the late 19th and early 20th centuries! Those early expeditions described many new species of birds, but little work had been done since that time. In the nearly 60 field days that LSUMNS researchers spent in the field (of which I participated in about half) in the region, we documented range extensions for nine species, often by multiple hundreds of kilometers! It just goes to show how much more there is to learn in these remote regions of the Amazon. More details on this research can be found in our publication.

In keeping with our commitment to increasing representation of researchers in the countries in which we work, all of our field work was done in collaboration with Peruvian researchers at the Centro de Ornitología y Biodiversidad (CORBIDI) in 2016 and the Museo de Historia Natural de la Universidad Nacional Mayor de San Marcos (UNMSM) in 2001. Our field crew for the 2016 expedition is pictured above.
© 2022 Oscar Johnson